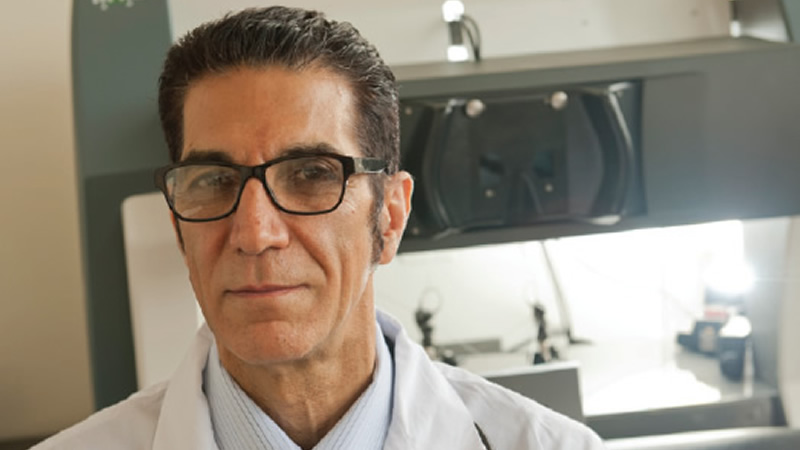 Health experts struggle to diagnose a painful, enigmatic disease San Francisco Business Times
by Chris Rauber, Reporter Date: Friday, October 19, 2012, 3:00am PDT
As is the case with many women nationwide, Katherine Lanes long struggle with endometriosis was made worse by a failure to communicate. The chronic gynecological disease, which affects an an estimated 6.3 million American women and teenagers, has long been difficult to diagnose, an obstacle made worse because many patients are reluctant to talk about it. And many physicians dont listen well or try various treatments first and ask the right questions later or not at all.At one point four years ago, for example, when Lane was 34 and trying to get pregnant, she felt sharp, intense pain in her lower abdomen that had me doubled over and nauseated, she recalls. My doctor blew it off and suggested it might be a bladder infection.Within a year or so, the condition led to a severely damaged left kidney and multiple surgeries, multiple doctors, painkillers, depression and insurance battles, she said. One doctor suggested that Lane get pregnant to help rid her of the disease, but the disease itself was making that impossible.Kind of a Catch 22, Lane said in an essay about her experiences.

Only a June 2010 laparoscopic surgery at El Camino Hospital by Dr. Camran Nezhat relieved her of the chronic pain, saved her right kidney and allowed her to celebrate a happy ending: She became pregnant later that year, and her baby boy was born in August 2011.

Endometriosis is an enigmatic disease characterized by tissue from the lining of the uterus finding its way to other organs and parts of the body, including the lungs, abdomen, ovaries, fallopian tubes, bladder, vagina, cervix and other locations.

Although often centered in the pelvic region, endometriosis can grow all over the body, and has been found in every organ except the spleen, said Nezhat, a Stanford University medical school professor and surgeon, who has performed an estimated 14,000 surgeries in his career. It behaves like a cancer. It spreads.

The Bay Area is seen by some as a hotbed of cases as well as a hot spot for expertise on the oft-misunderstood disease, particularly at Stanford Hospital and UC San Francisco.

Lanes saga is common, but other patients stories dont always end as well, according to the Endometriosis Association, Dr. Nezhat and other experts nationwide. In fact, some see the long delays in diagnosis common to the disease as a symptom of broader flaws in the U.S. and local health care systems.

You have a larger public health issue, said Evan Falchuk, vice chairman of Best Doctors Inc., which aims to help consumers and their employers find the right doctors and get the right diagnoses, including work for major Silicon Valley technology titans. Clinical misdiagnoses are made in ranges of roughly one in seven cases for some diseases to one in two for others, he said, citing clinical studies in the American Journal of Medicine, Mayo Clinic Proceedings and other publications.

Theres a lot of uncertainty around conditions like endometriosis, Falchuk said. Patients on average have 15 minutes with their doctors. Its hard to make good decisions on fragmented information, which helps explain why some experts estimate that up to 33 percent of the money spent on health care each year in the United States is wasted.

A lot of that money, if you drill down, Falchuk added, comes from patients being misdiagnosed.

It often takes from seven to 11 years to get a correct diagnosis. Meanwhile, many women suffer severe chronic pain, particularly during their periods. Many avoid sex due to the condition, and an estimated one in three suffer from infertility. But one in seven show no symptoms.

Its very frustrating for patients to live with pain whose origin hasnt been diagnosed, and in many cases patients are being written off, said Dr. Linda Giudice, a professor at the UC San Francisco School of Medicine, and an expert in biochemistry, gynecology, reproductive endocrinology, infertility and related fields.

Part of the problem is that many practitioners, medical centers and physicians dont know where to refer women who need specialized care, Giudice said. Its symptomatic of our health care system. We need much better integration of services and communications among health care professionals.

Violet Gong can testify to that.

Gong, who lives in the Central Valley town of Exeter, had suffered from chronic pain since she was a teenager, but it got much worse after the birth of her second child.

Headaches, tight muscles and shoulder aches made my condition much more difficult to diagnose, she recalls. None of the physicians I saw had a clue what was wrong with me. Instead of referring me out of my small town (to a more experienced specialist), they prescribed Advil, massage or told me that pain around your period is normal.

Seven years ago, an annual physical exam uncovered a fibroid tumor, and Gongs doctors recommended a hysterectomy. But she sought a second opinion from a Bay Area specialist, and eventually connected with Nezhat. She had surgery at Stanford a month later, which dealt with a number of fibroid tumors and other signs of endometriosis.

All was well until five years later, when a new problem popped up, a collapsed lung that she said a Central Valley ER doctor told her was a fluke. Lungs sometimes collapse, she recalls the doctor telling her, and Im thinking that cannot be true.

Ultimately, Gong had to go back to Stanford for a round of surgeries involving her lungs, ovaries and appendix about a year ago that have left her pain-free so far, but only after many years of suffering.

Not only is it hard to diagnose, but endometriosis has no permanent cure, although surgery if done correctly can ameliorate the condition and prevent or delay serious complications. Non-surgical treatments vary widely, and include aspirin, ibuprofen, birth control pills, hormonal therapies and Lupron, which significantly reduces estrogen levels but triggers menopauuse-like side effects.

Its cause or causes are unknown. Some researchers, including a team at Vanderbilt University, believe there may be links between the condition and exposure to environmental pollutants such as dioxins, said Mary Lou Ballweg, executive director of the Milwaukee-based Endometriosis Association, who has been working to study and publicize the disease for decades.

The San Francisco Bay Area has been identified as a hotbed of the disease, for unknown reasons, along with other urban areas such as Houston, much of the northeastern United States, Italy, parts of Brazil and Japan, where dioxin exposures are thousands of times greater than in the United States, according to Ballweg.

The science is solid, but not very well understood, she said, in part because practicing gynecologists, nurses and other clinicians simply dont have the time to keep up with the basic research.

Another issue, Ballweg and others say, is a lingering sexist or paternalistic bias among many physicians.

It wouldnt be so hard to diagnose if it were a disease of males, Ballweg said. Because it involves menstruation, we cant talk about that. But if a guy was getting a pain in his genitals, would he be told it was normal?

The situation is getting worse, she said, citing the associations large and growing database on the topic. Its starting younger, and becoming more severe and disabling, she said, moving from baby boomers to their daughters.

Poor communication happens just as often with female as male doctors, Ballweg said, because they receive inadequate training about the disease.

Ballweg is more outspoken than some, but the message isnt getting through to many clinicians that the disease needs more attention at earlier stages.

Giudice, for example, notes that physicians must rule out multiple other conditions before settling on a diagnosis of endometriosis, which currently can only be confirmed by exploratory surgery, often laparoscopic. That option can cost thousands of dollars.

Theres a major effort under way to find a blood test or other diagnostic approach than surgery to determine if endometriosis is present, although there is no one bio-marker at this time. Giudice said. Her team at UCSF has a patent for diagnosing the disease through an endometrial biopsy, which involves taking a sample of the uterus lining and doing a genomic study.

But that effort is in its infancy, Giudice said.

Short of a faster, easier way to diagnose endometriosis, however, other solutions will require a long slog involving updating medical school curricula, greatly improving communications between doctors and patients and other educational efforts, many experts say unless, of course, a pharmaceutical breakthrough occurs.

The disease presents itself in so many ways that it is very difficult to diagnose for the average physician, even ob-gyns, said Dr. Anthony Luciano, professor of obstetrics and gynecology at the University of Connecticut School of Medicine.

It can take several years of training for a medical resident or fellow to grasp its complexities, Luciano said. As a result, most primary care doctors dont have a clear understanding of the disease, and end up saying, Try this, try that.

Improving the situation will require better training and education on several levels for professionals, patients and their families, and the broader society, Luciano and others agree.

One big step would be creating an endometriosis subspecialty within the field of obstetrics and gynecology, Luciano said. Endometriosis is a big enough disease, affecting 10 percent of women, that it should have its own specialty group, he said, so it can be better managed by specialists familiar with the condition.