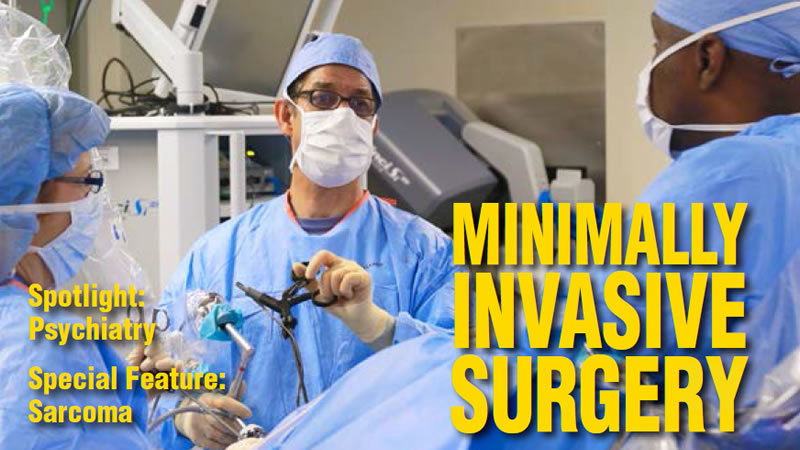 The Personal Observations of a Maximalist

By Benedict B. Benigno, M.D.

It all happened so suddenly. As soon as Ephraim McDowell performed his historic operation on Jane Todd Crawford in 1809, gynecologists began using a sharp knife to open the abdomen for all sorts of reasons. In the 1980s, the Nezhat brothers got together at Northside Hospital and changed all that. Their work would make them icons of late 20th century surgery and propel our hospital into the international arena. I was there when the monumental shift to laparoscopic surgery was first proposed, and it gives me great pleasure to share my memories with you.

I had to wait for the dessert to be served to learn the reason for this sudden burst of generosity. “Ben, we want to change the way you operate.” My response was immediate and to the point. “What is wrong with the way I operate?” “Not you personally, the word you is plural and refers to everyone, including us.” I couldn’t believe this; they were trying to teach me English!

After the coffee was served and the conversation became more relaxed, I began to understand what they were proposing, and I found it fascinating. At that time, minimally invasive surgery involved, for the most part, tubal ligations. The Nezhats wanted to start doing virtually everything laparoscopically and, in so doing, to sound the death knell for the time-honored laparotomy.

Their vision extended to oncologic surgery as well, and I listened intently as they told me that a radical hysterectomy could be done safely and, eventually, more rapidly with this technique. They explained that with the image magnifier, obesity would no longer be a problem, and that the smallest blood vessels could be easily seen and ligated. They told me that they wanted me to stand by in case something hit the fan. This was a Tammy Wynette moment – stand by your minimally invasive surgeon!

“Let me see if I understand you properly,” I said. “You are the opera stars and I am the understudy, waiting in the wings in case one of you gets a cold during the performance.”
“Absolutely not, professore [their nickname for me],” they said in unison. “Just be available in case we need you. You do this all the time for emergencies in labor and delivery.”

I told them that I applauded their new adventure and that I would be most pleased to help. We were the last people in the restaurant, and I exited with a queasy feeling of the unknown enveloping me, and not even a hint that I was witnessing the onset of a sea change that was soon to transform abdomino pelvic surgery.

Most people in such circumstances would test the waters, first with a toe and then, perhaps a month or two later, with the whole foot. Not these two dudes. The first week was the surgical equivalent of the charge of the Light Brigade!

My observation of their activities was easy because our operating rooms were adjacent to one another. The initial patients were carefully chosen and the surgical procedures meticulously performed over many hours.

It was very important that complications were kept to an absolute minimum. Operating rooms are large fish tanks, and we exist in a state of constant observation.

I popped in several times a day to see how things were going. At first they were going very slowly, as technology was not very advanced. Smoke evacuators did not function well, and the instruments were crude and unwieldy. But the Nezhats were patient, and there was no blood loss.